Pretty Sissy Dani’s Artwork on Flickr for most of the cartoons. 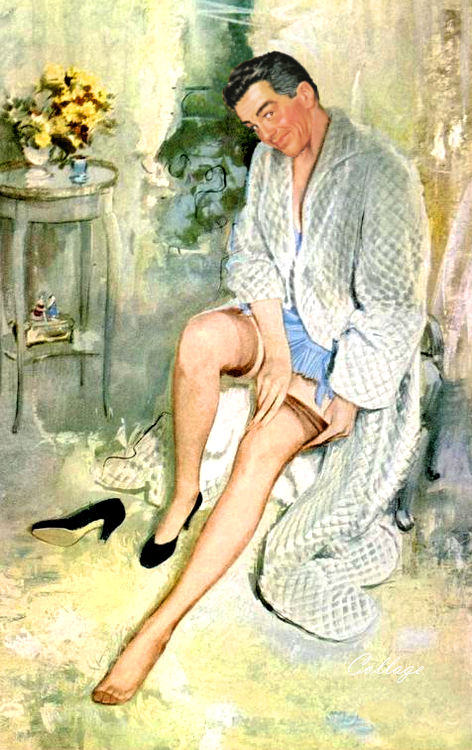 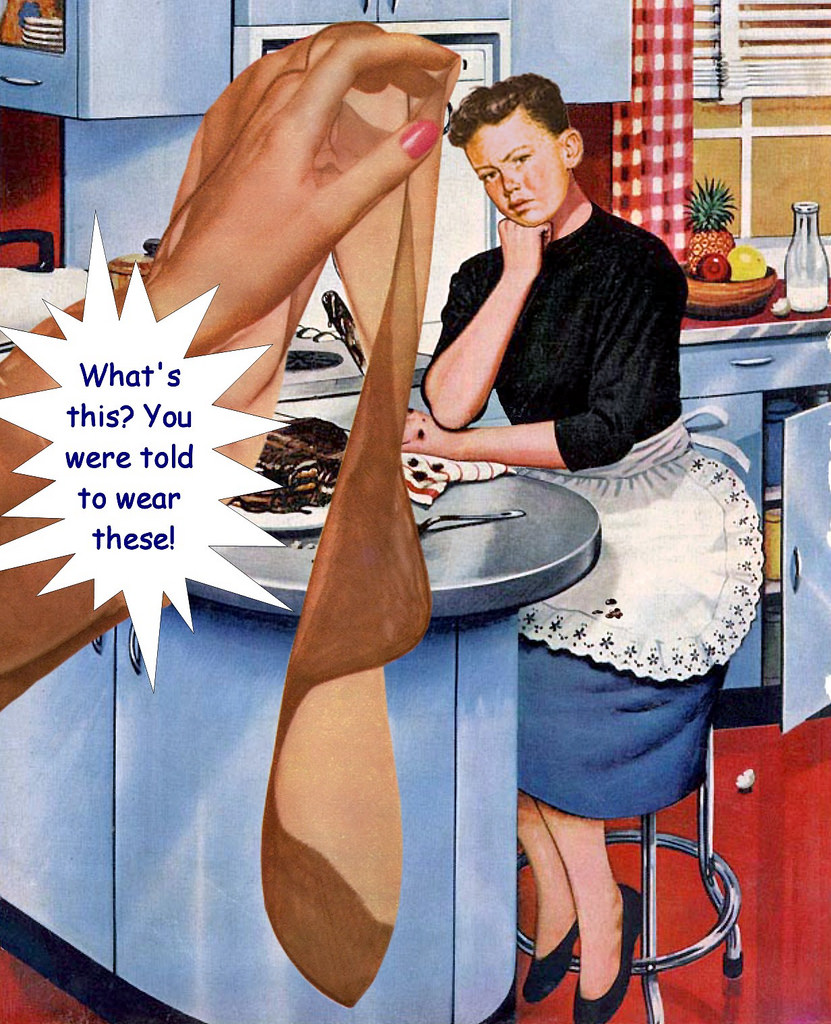 Mrs. Cuttle couldn’t explain the sudden appearance of runs in her new nylon stockings. She was sure she had inspected them after taking them out of the package and putting them away. Checking to see if something in the drawer might have snagged them, she noticed one of her corsets was not folded in the usual manner.

“Have you been in my dresser drawers?” she asked her son.

His tone was indignant but his face was flushed. She had struck a nerve.

“Maybe you were looking for something?” she suggested.

“Some of my things were disturbed, and my good nylons were ruined,” she told him.

“I know when you’re not being truthful with me,” she claimed. “What were you doing in there?”

The youngster was flustered. He had been trying on her things and it was he who had laddered her stockings. Now he would have to confess.

“I was just curious. I just wanted to know how those stockings felt,” he pleaded. “Nylon feels so good.”

“Well, as you discovered, young man, they also require careful handling. We’ll get you some of your own, and you will learn how to properly care for them. You’ll also earn your stockings by learning to clean the house and how to cook and bake. We’ll have you wear your nylons and play Mother’s Little Helper for a month of Saturdays. How does that suit you? 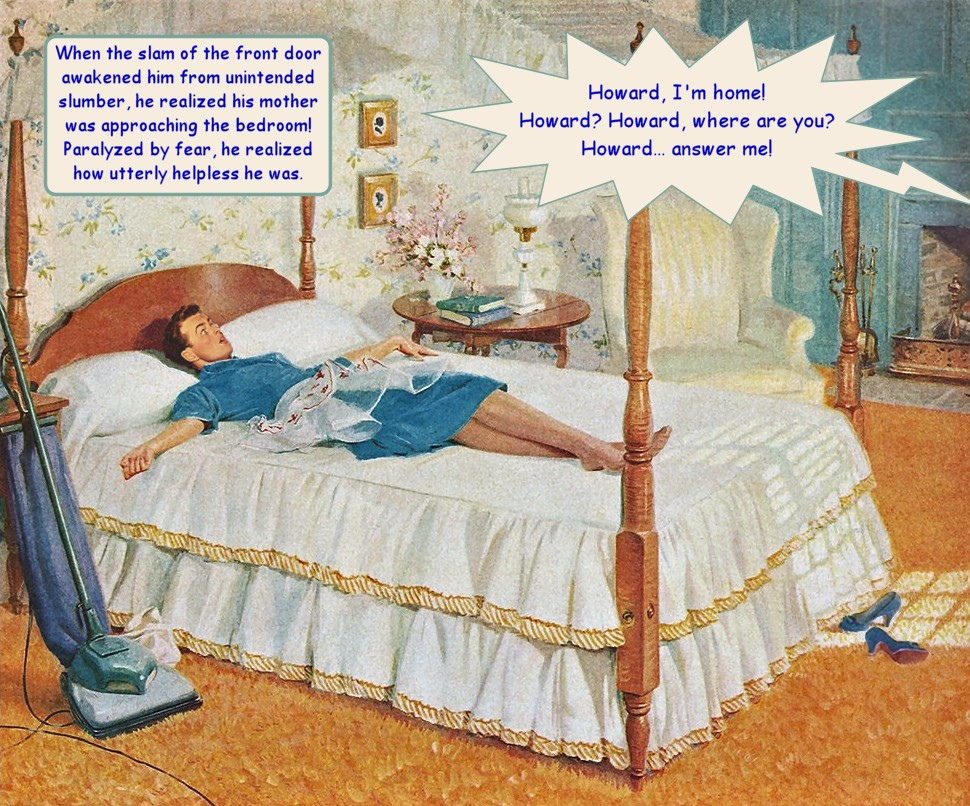 Instructed by his mom to do the vacuuming while she spent the morning shopping, Howard was certain he’d have time to safely entertain his fantasies. Of course he would have if he hadn’t dozed off in the process. 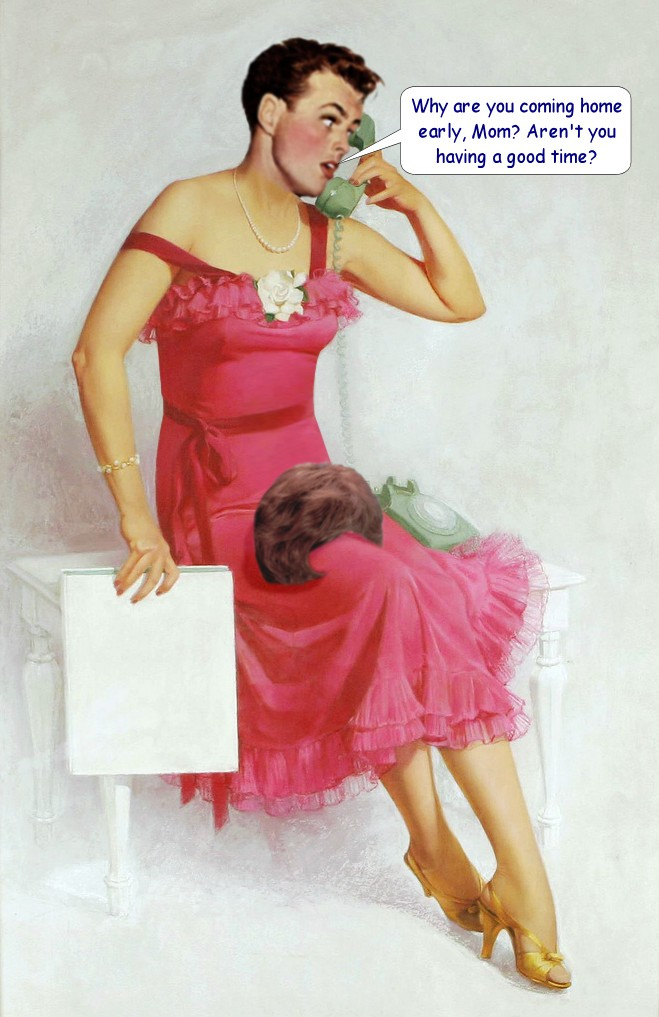 The show girls thought they’d have some fun with the cross-dresser they discovered trying on their pretty costume dresses in the wardrobe tent. 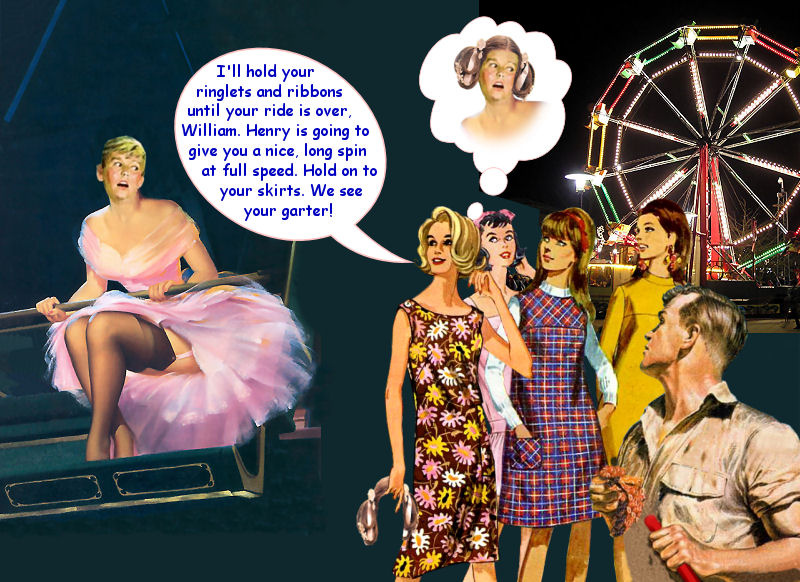 The Cowgirl and the Cross-dresser

Stanley doesn’t seem to be at all concerned about that riding crop. Could it be just a prop? 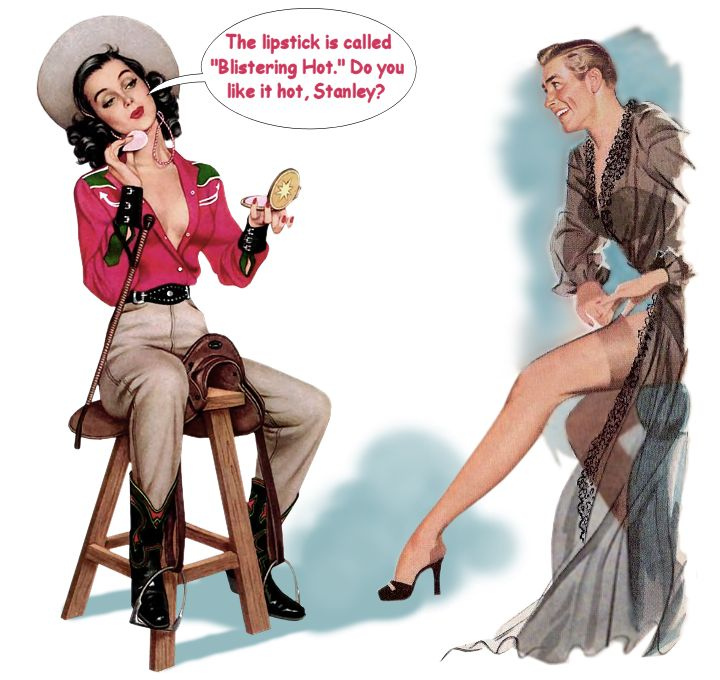